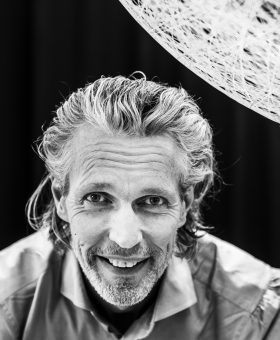 Professor Bas Bloem received his medical degree, with honours, in Leiden in 1993 and obtained his PhD degree in 1994. He trained as a neurologist in Leiden. He received additional movement disorders training at The Parkinson's Institute, California and Institute of Neurology, Queen Square, London. In 2008, he was appointed Professor of Movement Disorder Neurology at Radboudumc, Nijmegen.

Bloem founded and directs the Centre of Expertise for Parkinson & Movement Disorders, which is recognised as centre of excellence by the Parkinson’s Foundation. Together with Marten Munneke, he developed ParkinsonNet, an innovative professional healthcare network (www.parkinsonnet.nl) that has received multiple awards.

Bloem’s research interests are cerebral compensation and healthcare innovation, aiming to evaluate patient-centred collaborative care. Bloem is Officer (Secretary) for the International Parkinson and Movement Disorder Society. He serves on the Executive Scientific Advisory Board of The Michael J Fox Foundation. In 2018, he was elected as member of the Royal Holland Society of Sciences and Humanities and as member of the Academia Europaea. In 2018, he won the Tom Isaacs award. In 2019, he was elected as Fellow of the Royal College of Physicians of Edinburgh. In 2020, he became co-Editor in Chief of the Journal of Parkinson’s Disease.