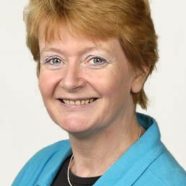 Professor Elisabeth Bloemena (1956), MD, PhD, studied Medicine at the University of Amsterdam and became a medical doctor in 1983. In 1989 she got her PhD for the thesis “Immunosuppressive mechanisms of prednisolone and cyclosporin A”. From 1990 till 1992 she was head of the Oncopathological Laboratory of the Department of Pathology at the Free University Hospital in Amsterdam.
From 1996 she works as clinical pathologist at the department of Pathology VU University medical center, Amsterdam. In 2003, she was appointed professor in Oral Pathology at the Academic Centre for Dentistry (ACTA), Amsterdam, The Netherlands. She is specialized oral and head- and neck pathology. As a scientist, Bloemena has co-authored more than 130 papers in international peer-reviewed journals, on subjects of fundamental and applied oncology and immunology.