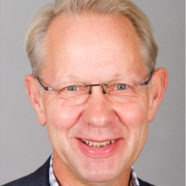 Em. prof. dr. M.A.J. Van Waas studied dentistry at the dental school of the University of Utrecht in the Netherlands, where he in 1985 received his doctor’s degree. From 1985 till 1995 he worked as research-coordinator in the Department of Oral Function of the University of Nijmegen. In 1995 he became a Full Professor at the ACTA, Amsterdam. Since 2008 he is primarily involved in postgraduate teaching. He has written around 70 article in the English language and 70 articles in Dutch.